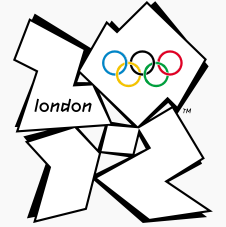 A British journalist was silenced by Twitter after criticizing NBC's Olympics coverage.

NBC's coverage of the Olympics has attracted its share of criticism, and some of the most vitriolic came from Guy Adams, Los Angeles bureau chief for the Independent. "I have 1000 channels on my TV. Not one will be showing the Olympics opening ceremony live. Because NBC are utter, utter bastards," was one of Adams' Tweets, and there were many more in a similar vein. Adams has since been silenced after a complaint from NBC, and NBC claims it was Twitter that alerted them to the issue.

Christopher McCloskey, NBC's vice-president of communications, let the cat out of the bag when he told a British newspaper that "our social media dept was actually alerted to [Adams' Tweets] by Twitter and then we filled out the [complaint] form and submitted it." NBC later tried to shift the blame elsewhere, by claiming that "Twitter alone levies discipline" and all it did was fill out a form. Twitter refused to add to McCloskey's statement, but Adams' account was suspended and the offending Tweets removed shortly after that form was submitted. Thus a British journalist working for a national newspaper reporting on the London Olympics was gagged by an American company after the journalist criticized another American company.

Twitter has defended its action by claiming that Adams breached its terms of service. Allegedly Adams released personal information - an email address - belonging to an NBC executive, and that was why he was banned. Adams disputes this charge saying that, while he did Tweet the address, it was the executive's public company email address not his personal one, which means it oughtn't to have been protected by the terms of service.

In an email to Twitter since made public, Adams said it was "quite worrying that NBC, whose parent company are an Olympic sponsor, are apparently trying (and, in this case, succeeding) in shutting down the Twitter accounts of journalists who are critical of their Olympic coverage." NBC isn't just an Olympic sponsor; it's also partnered with Twitter, with a dedicated Twitter team working with NBC in Colorado to help spread the official Olympics message. Twitter has yet to find a significant, reliable revenue stream, and something like this NBC partnership could lead to other marketing opportunities.

Ironically, this comes not long after Twitter got on its soapbox and defended free speech, by revealing the number of times the governments of the world - and the American government in particular - had been requesting Twitter data. It would seem different standards apply when it's Twitter's corporate friends pulling the strings.

Update: Guy Adams' Twitter account has been restored. A Twitter spokesman confirmed that "the team working closely with NBC around our Olympics partnership did proactively identify a tweet that was in violation of the Twitter rules and encouraged them to file a support ticket with our trust and safety team to report the violation, as has now been reported publicly." The spokesman went on to say that proactively reporting user content was not acceptable. "We should not and cannot be in the business of proactively monitoring and flagging content, no matter who the user is - whether a business partner, celebrity or friend. As of earlier today, the account has been unsuspended, and we will actively work to ensure this does not happen again."