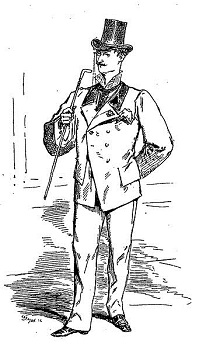 Cracking down on sales to minors may allow more mature titles to flourish.

Now that the UK can legally enforce PEGI ratings on videogames, the entertainment market in Great Britain might start looking a little different. While stricter ratings might have some negative effects on retailers, UKIE - the Association for UK Interactive Entertainment - believes that stricter ratings will confer some benefits, too. In addition to getting parents more involved in their children's gaming lives, UKIE hopes that by more carefully delineating the lines between children and adult entertainment, developers will feel more comfortable making riskier games for a more mature audience.

"We're a sophisticated entertainment medium," explains Jo Twist, UKIE's CEO. "Just like any other sophisticated media like films, TV, whatever, you have content that is made for maturer audiences." Twist believes that the UK tends to look down on many popular games for their violent content, but believes that a clear, enforceable ratings system will help solidify games for kids and games for adults as two very discrete parts of a whole medium. "Hopefully, we will have done enough education and enough showing the positive sides of games so that this furor and this natural cultural bias doesn't happen anymore."

Beyond free expression, Twist states that there is another benefit to a detailed ratings system: parental involvement. "[We] found that a quarter of the parents never play games with their kids, which is actually surprisingly low as well," she says. "We encourage them to play as a family, to explore games, because they are, as we know, a fantastic form of entertainment for everyone." Of course, PEGI's new status also makes it easier to buy games for the right age bracket (or, more accurately, more difficult to buy games for the wrong one). If you want to buy a game rated 12, 16, or 18 and don't look your age, you'll have to prove it; if not, a retailer might have to shell out £5000 or even face jail time.

Whether the elimination of BBFC ratings on videogames and stricter retail law will actually encourage parents to check ratings and engage in dialogues with their children has yet to be seen, but if Twist is correct, the next few years could be a very exciting time for UK developers. However, if parents gaming with their children while adults play a slew of rich, grown-up games sounds too utopian, don't worry; odds are that someone, somewhere will still find a way to get angry about it.