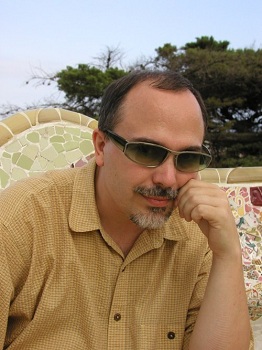 Stories of major videogame developers jumping ship to work on indie productions are a dime a dozen lately, but it seems that the same thing is happening in the world of tabletop games, too. Although Peter Adkison, the former CEO of tabletop giant Wizards of the Coast, has been in semi-retirement ever since stepping down in 2001, he's tried to keep busy during that time. In addition to buying Gen Con and making games for girls, as of today, Adkison has launched Hostile Work Environment. This nontraditional RPG company focuses not on bringing out books and modules, but on creating online films to bring roleplaying adventures to life.

"I couldn't be more excited about Hostile Work Environment!" says Adkison. "Roleplaying games are my passion and through my new company, I'm creating ways for people to experience RPG's (sic) that will resonate with long-time players and new audiences alike." The company's first production, The First Paladin, tells a story based on a Dungeons & Dragons campaign set in the world of Chaldea, one of Adkison's own creations. As Hostile Work Environment grows, Adkison hopes to take direction from fans and expand from film into other mediums as well. "[This] is just the first step in what I expect will be many opportunities to explore ways to both interact with gamers dynamically in shaping stories, and to create entertainment across a variety of platforms." Hostile Work Environment will also employ the services of film critic and producer Kim Voynar, who is no stranger to the world of speculative fiction films.

Tabletop RPGs are something of a niche market even in the best of times, and translating them to film doesn't always work so well. Even so, Adkison and Voynar should make a good team, and checking out a web series is much less daunting for a new player than filling out a character sheet or reading a few hundred pages of lore. That said, at least these days, no one has to explain what THAC0 is.