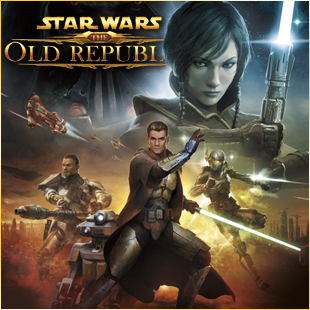 In the wake of last week's announcement that Star Wars: The Old Republic was switching to part freemium part subscription, there's been plenty of discussion about why this happened. Wasn't Star Wars supposed to be the savior of the subscription model? Last year, one of EA's competitors argued that even if Star Wars had a shot at the magic 2 million subscriber number, it would be the last of its kind. Was he right? There's at least one who thinks so: Ramin Shokrizade, Game and Monetization Director for RIVET Studios Ltd, a Manchester-based game company. An expert in virtual worlds and goods, he thinks ineffective monetization was a major cause of the game's downfall, and that it was never going to work on an unlimited subscription basis.

"The problem with the unlimited subscription model," says Shokrizade, "is that it rewards players for blasting through your content as fast as possible." The faster they get through it, the less they have to pay for since they can cancel their subscription as soon as the content runs out. Most who binge in this way can get through an entire game in under a month, and Shokrizade describes this as "a recipe for canceled subscriptions and poor retention."

He also has words of warning for the Star Wars freemium switch. "Converting a game from a subscription model to a free-to-play model is difficult to do effectively - especially if the base game is complex - and is no guarantee of increased revenues." Such a switch needs to be carefully planned at the earliest stages of game design; something that is unlikely to have happened during the development of Star Wars: The Old Republic. "In the case of [Star Wars], this is likely its most fatal flaw and should act as a clear warning to future MMO producers to consider this aspect of game design earlier and more carefully." On the other hand a well crafted switch could significantly increase revenue, and Shokrizade estimates there's a potential two to four times increase on first year income at stake if it is done right.

"Any new MMO entering the market in the current environment," Shokrizade concludes, "must be carefully designed from the start to endure long enough to build market share." A successful, long-lived game like World of Warcraft already has a war chest substantial enough to fund multiple expansions, which is what will keep players coming back again and again. A new entrant to the market will need to consider its monetization model carefully, since it hasn't got the kind of resources needed to unseat the current MMO champs. Choose unwisely and the game could crash and burn, an awful warning for the next entrant to the MMO sphere.