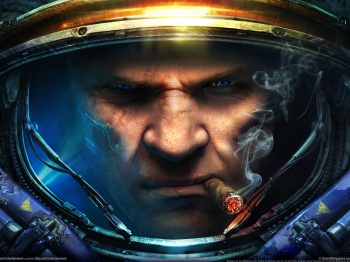 Blizzard has joined the growing list of companies that have failed to protect their customers' private information. Today, the company announced that its security team found evidence that wily hackers had gained access to its internal network. The intrusion was discovered on August 4th.

"At this time, we've found no evidence that financial information such as credit cards, billing addresses, or real names were compromised," reads the announcement. "Our investigation is ongoing, but so far nothing suggests that these pieces of information have been accessed."
What have been accessed, however, are the email addresses, personal security question answers, mobile authenticator information and cryptographically scrambled Battle.net passwords belonging to players who use North American servers. Blizzard insists that the protocols used to encrypt the password are solid, and that the information the hackers got their grubby mitts on is not enough to allow them to gain access to Battle.net accounts. Regardless, the company suggests you change your Battle.net password and, if you're using the same password for other services, change those too.

Players on North American servers will soon be prompted to change their secret question answers and passwords, and their mobile authenticators will be automatically updated.