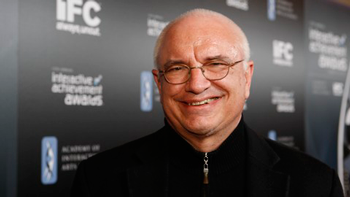 Don Daglow, a pioneering American developer often credited as the founder of the sports, RPG and god-sim genres, offered a humorously scathing breakdown of North American online gamers for the benefit of European developers. In a tongue-in-cheek talk at GDC Europe, Daglow painted his fellow Americans as historically ignorant, self-obsessed, easily-distracted and easily-discouraged by failure. He then went on to explain how developers can create games that account for, or cater to, those traits.

The first point he made is that American schools emphasize the personal growth of students, rather than immediately pit them against an academic assault course. Success is rewarded, but failure isn't punished or noted. Students aren't exposed to the idea of academic failure until they reach 17 and begin applying for colleges. Daglow argues that this inclines American users towards seeing in-game failure as a problem with the game, not a product of their own mistakes. The solution, apparently, is to simplify the gaming experience, show the audience rather than tell them, and reward success constantly.

His second point is that modern Americans are awash in competing information sources, which has shortened their attention spans. The solution is that games need to get their point across as quickly as possible, capturing the user's attention within the first few seconds of play in the same way an advertisement or a movie might.

He then goes on to argue that Americans crave individuality, hence the success of monetized avatar customization options, and that games need to treat players "like a celebrity."
Finally he points out that Americans tend to have a limited knowledge of world history due to the way the subject is taught in US schools. "Americans know who Steve-O is but not Stalin," he remarked.

He then went on to offer a brief tongue-in-cheek summary of the American understanding of world history:

He then summarized his presentation with six tips on how to sell games to American online gamers:

Daglow has been making games since the early 1970s. One of his early titles, 1975's Dungeon, is widely credited as the first computer role playing game. He also worked on the original Neverwinter Nights, which was the first graphical MMO. He worked for Intellivision and EA in 1980s, before founding Stormfront Studios in 1998.

Escapist Podcast: 164: Getting Back Into MMOs with Warlord of Draenor The Escapist Staff 5 Comments