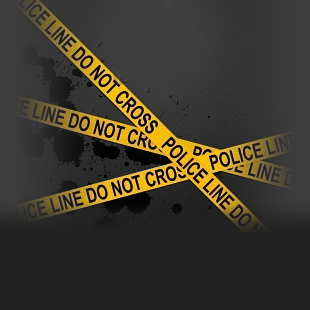 A man accused of internet piracy has lost his savings, his marriage and now his freedom.

A UK man, Anton Vickerman, has been sentenced for a four year jail term on internet piracy charges. Vickerman operated surfthechannel.com, a site that once earned about £35,000 per month in advertising revenue by linking to sites which provided legal and illegal downloads of copyrighted material, films and TV shows. Vickerman never hosted the content himself; he just pointed the way for others looking for downloads. A private lobbying group, Federation Against Copyright Theft (FACT), got wind of this and put a private investigator on Vickerman's trail. The information that investigator gathered enabled Vickerman's prosecution for conspiracy to defraud, for which he was convicted in June and sentenced yesterday. Vickerman will spend the next four years in prison, having already lost his savings and his marriage fighting the case.

This has been criticized as being unduly harsh and arbitrary. Graham Linehan, writer of The IT Crowd and Father Ted, called it punishing people "for being able to navigate the modern world." He went on to decry "the sheer shocking arbitrary nature of it all ... to be told that you could face up to 10 years for sharing links? When I heard that Nora Ephron died, I shared on Twitter a link to the full version of When Harry Met Sally on YouTube. Am I a criminal now? Why? Why not?" According to the prosecution, the difference between Vickerman and Linehan is that Vickerman profited from his actions by obtaining ad revenue from his site. Had Vickerman stuck to links alone, the prosecution might not have taken place.

Vickerman has his own take on the situation. His site has been replaced by a statement in which he claims that the whole thing was orchestrated by a jealous former business partner who cooperated with FACT in order to shut Vickerman's site down. Vickerman also claims that the reason he fell out with this partner in the first place was because the partner wanted to commit copyright infringement and Vickerman did not. According to Vickerman "STC only ever contained links to third party video websites such as YouTube, BBC iPlayer, Veoh, 4OD and many others." Vickerman claims that FACT "bullied" him, hoping to force Vickerman to shut down his site.

Kieron Sharp, director general of FACT, made a statement following Vickerman's sentencing. "This case conclusively shows that running a website that deliberately sets out to direct users to illegal copies of films and TV shows will result in a criminal conviction and a long jail sentence."