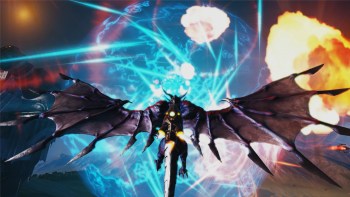 A pair of computers containing early builds of two new Divinity games have been stolen from Gamescom.

On the list of "crappy ways to kick off your big, hometown-ish videogame convention," this has to be close to the top: Larian, the small Belgian studio behind the Divinity RPG franchise, had two PCs stolen from its booth in the Gamescom business hall. The missing PCs contained early builds of Divinity: Dragon Commander and Divinity: Original Sin.

This obviously isn't up there with, say, the Half-Life 2 source code theft, and Larian is going about its business at Gamescom with backup systems, but it's the principle of the thing that's at stake. So Larian is seeking the game community's assistance in tracking down the thieves and getting its computers (and games) back, and it's offering a $5000 reward to whoever makes it happen.

Gamescom is actually taking place in Cologne, Germany, so the odds of punching out the bad guys and personally turning over the loot to Swen Vincke are pretty slim, but shenanigans of this sort have a way of going international, at least in a virtual sense, very quickly. So if you happen to know a guy who knows a guy who's heard the word on the street, you might want to pass it on; you'll be doing a solid for an indie dev team that deserves it, and you might even bring home a few bucks in the bargain.