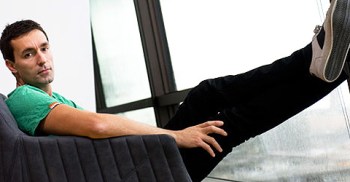 The decline and fall of retail game sales isn't a question of "if" at this point, but of "when." Digital game sales are skyrocketing, while retail numbers are in a slow but steady decline. And while the big brick-and-mortar sellers struggle to figure out what they can do to maintain some degree of relevance in the industry, the writing is on the wall: retail is a spent force.

In fact, Soderlund said that the majority of EA's revenues still come from retail and that it remains a viable business model. But while he still has a preference for the physical, he acknowledged that he's not representative of the "new generation of gamers," and said that game companies that fail to adapt to changes in the industry risk becoming irrelevant.

"I look at it as evolution. Looking back five years and looking at today, there is such a vast difference to how I consume entertainment and how I connect with people. We just have to embrace these changes rather than be afraid of them. I think some people are so surprised by the changes that are happening that they become afraid of it," he said. "They try to stick to what they know and that's the danger. If you don't adapt you become irrelevant. I absolutely believe that's the case."

I share Soderlund's appreciation for the physical side of videogames, but I'm a little more reluctant to predict that retail Ragnarok is quite so close. The end of retail is dependent first and foremost upon the existence of an infrastructure that can support alternative delivery methods, and while some people access to that, plenty of others do not. Is ten years enough time to put that kind of far-reaching, high-bandwidth network in place? If it's not, then I suspect retail will be around for a little longer than he thinks.