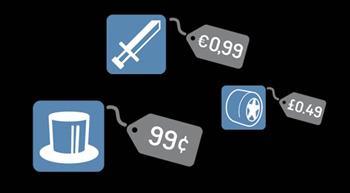 The former IGDA chairman thinks that a focus on profit results in less "imaginative gambles".

Games have come a long way from being presented as a big box on a retail shelf, given the prevalence of DLC, episodic content, and other types of micro-transactions. Former IGDA chairman Graeme Devine believes that the focus on attempting to make games more profitable is adversely affecting their quality, and is frustrated with the business strategies used by developers.

"Games are about being generous with fun, and too many designers are now focused on not being generous with the fun," he said. "Games are not black boxes you AB test into profit. They are wild imaginative gambles. That's how we got the genres we have today, by making those gambles, and not enough people are being inventive enough these days."

The Trilobyte co-founder (responsible for The 7th Guest and The 11th Hour) also claimed to be working on an adventure game to challenge the micro-transaction mindset and to move away from the staple genres of first-person shooters and RPGs. "I want to make an adventure game that crosses media ... that lives in books, comics, albums, as well as a 'classic' game," he said, with a focus on the player being the hero, rather than the player controlling another character on the screen.

It's up for debate as to whether or not micro-transactions make a game any less fun. If a game is well made and fun to play from the start, is there any harm in having micro-transactions to enhance the game even further? Or does it reduce games to an experience grind that necessitates the use of paid goods to win?