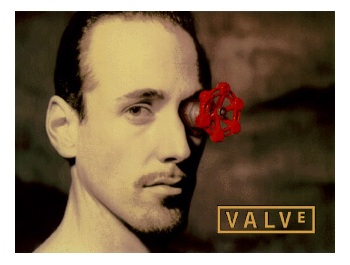 Valve is looking for an industrial engineer to help it "jump in" to the computer hardware space.

Rumors of Valve's entry into the console market came to light back in March, driven by a report about a Core i7-powered "Steam Box" that had actually been shown at the 2012 CES in January. Valve denied the stories, saying that it was simply putting together hardware configurations on which to test the upcoming Big Picture mode, but while that may be so, a newly-surfaced job posting for an industrial designer makes it clear - at least as clear as these things get - that Valve does in fact have something cooking.

The job posting calls for applicants who have, among many other qualifications, "6+ years of professional experience shipping world-class, high-tech hardware products," with expertise in "product design and manufacturing, ergonomics, usability, aesthetics, and surfacing." Even more telling is a paragraph stating flat-out that, to one degree or another, Valve is sticking its finger into the hardware socket.

"Valve is traditionally a software company... We're frustrated by the lack of innovation in the computer hardware space though, so we're jumping in," it says. "Even basic input, the keyboard and mouse, haven't really changed in any meaningful way over the years. There's a real void in the marketplace, and opportunities to create compelling user experiences are being overlooked."

Personally, I'd like to see the "compelling user experience" of Half-Life 3 getting a little more attention, but that seems to be just a happy pipe dream at this point. So if hardware it must be, what could be it?