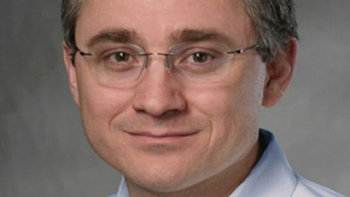 The next twelve months are looking sequel-heavy for EA. With the release of new installments in the Dead Space, Medal of Honor, Need for Speed and Army of Two franchises, as well as the usual yearly sports title updates, things are looking a bit bleak on the creativity front. According to EA Labels president, Frank Gibeau, it's going to stay that way until Sony and Microsoft get around to releasing new consoles, as EA is saving all its shiny new ideas for the next hardware cycle.

"If you look at the market dynamics: as much as there's a desire for new IP, the market doesn't reward new IP this late in the cycle; they end up doing okay, but not really breaking through," he told GamesIndustry International. "We have to shepherd the time that our developers spend, as well as the money that we spend on development in a positive way, so we're focused on bringing out a bunch of new IPs around the next generation of hardware."

The company has "three to five" new IPs in line for next-gen. That is, next-gen consoles from Sony and Microsoft. The Wii U doesn't seem to count. Aside from ports of Mass Effect 3, FIFA 13 and Madden NFL 13 the publisher hasn't announced much of anything for Nintendo's upcoming console.

"The time to launch an IP is at the front-end of the hardware cycle," Gibeau argued. "If you look historically the majority of new IPs are introduced within the first 24 months of each cycle of hardware platforms,"

Gibeau's comments echo those of Ubisoft's Yves Guillemot, who earlier this year argued that companies are being "penalized by the lack of new consoles" and that "at the end of a console generation, [customers] want new stuff, but they don't buy new stuff as much."

Much like Guillemot, Gibeau believes the industry is overdue a new generation of consoles, pointing out that the current hardware cycle has been the longest he's seen.

This argument hasn't stopped the likes of Bethesda, Square Enix, Quantic Dream and Naughty Dog from announcing and releasing new IPs during the twilight years of this generation.