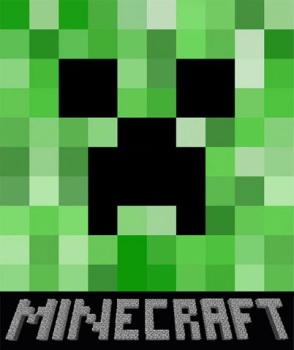 A "very upset" Notch says an incident of sexual assault at the PAX Prime Minecraft party is under investigation.

The Minecraft Party that was part of the festivities at PAX Prime this past weekend suffered an ugly black eye after an attendee named Ky revealed on her blog that she'd suffered a sexual assault during the event. While sitting alone in the VIP section, she was approached by another attendee who began to chat her up. She made small talk, and as the conversation slowly grew bizarre and wildly inappropriate, she let it continue, acknowledging that "maybe I was too drunk or maybe I still try too hard to be 'one of the guys' to realize it was quickly going into creeper territory."

But then everything went wrong. "At some point he raised a concern about being Asian and women not wanting him cause of some stereotypical view of penis size, and I was like 'most women will agree size doesn't matter' and went back to my phone," she wrote. "Then he grabbed my free wrist and put it on his crotch and asked 'Is this big enough?'"

"That would have been bad enough, but he had also pulled his dick out through the zipper of his pants," she continued. "I had no idea what to do but say 'You can't do that!' and NOPE'D the fuck on out of there to find my friends."

She was able to hook up with her friends before things went any further, but it took awhile for the shock to wear off and the magnitude of the situation to sink in. Her friends tried to find the offender and at some point told security about it, which she said resulted in a "'What do you expect me to do?' response," but he was able to slip away without being identified or caught. "And I tried to dance and drink it off more," she continued, "but as soon as the party ended I bolted for the door to find a cab, trying to hold tears back."

"People tell me I should've called the cops or screamed or made a huge scene, but I didn't want that type of attention and the reaction of the security guard made me feel like cops would be even more of a waste," she wrote. "I actually even deleted a lot of the tweets I posted, because I felt ashamed and embarrassed that this happened to me. I didn't want to ruin the party/PAX for other people. I don't want people to pity me."

Unsurprisingly, the incident didn't escape the attention of Minecraft creator Markus "Notch" Persson, who expressed his feelings with a single, pointed tweet. "Some asshole did something totally unacceptable at my party, and a security guard shrugged it off," he wrote. "Very upset. It's being dug into."