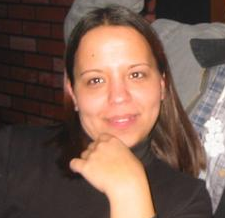 One of the last individuals prosecuted for file-sharing lost her appeal against her 2009 conviction.

Jammie Thomas-Rasset, a Native American mother of four from Brainerd, Minnesota, has lost her Federal Appeals Court case and will have to pay a fine of $220,000 for illegally downloading and file-sharing 24 songs. Thomas-Rasset did not comment on the ruling, and it is not known if she will continue appealing her conviction. A spokesman for the Recording Industry Association of America (RIAA) said "We are pleased with the appellate court's decision and look forward to putting this case behind us."

Thomas-Rasset, whose legal battle began in 2006, is one of the few remaining defendants to be prosecuted as individuals for illegal music file-sharing. Anti-piracy groups like the RIAA had been keen to prosecute in such cases, making a public example of some to discourage others. "They're trying to create an urban legend out of me - the kid who downloaded music," said Joel Tenenbaum, another individual prosecuted by the RIAA. The heavy fines - Thomas-Rasset's damages were assessed at $1.92 million at her 2009 retrial - were sought as a deterrent, not as a means of recouping losses.

Think of the Children! Chimaera 0 Comments