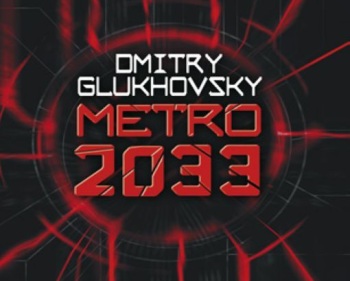 Metro 2033 has taken its first steps toward toward the silver screen.

Metro 2033 began life as a 2005 novel by Russian author Dmitry Glukhovsky, before being turned by 4A Games into an excellent (and relentlessly dark) shooter in 2010. And now a movie is in the works, as MGM has picked up the film rights to the property and put F. Scott Frazier to work on the screenplay. Mark Johnson, whose credits include The Notebook, The Chronicles of Narnia and Breaking Bad, will serve as producer, with Eugene Efuni and Marina Hall also taking on production duties "in some capacities."

The movie will be based on the very successful novel, which sold 500,000 copies in Russia alone, rather than the videogame that American audiences are more familiar with, but the game cleaves fairly closely to the source material, so it should still be immediately familiar to fans who know the franchise only through their PC or console. Meaningful specifics beyond that are obviously non-existent at this point and there's no guarantee this thing will ever see the light of day, but it does seem like a natural fit for a big-screen translation.

THQ actually rolled out a live-action trailer for the upcoming Metro: Last Light in May and despite being just a four-minute promotional trailer, it was really very impressive. It's safe to say that if they do make this movie, I'll get in line for it.