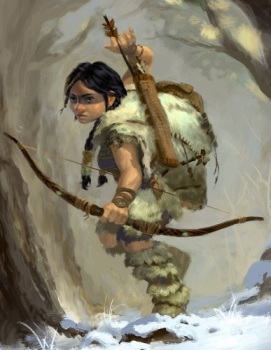 Project Eternity is driving towards $2 million in Kickstarter funding and Obsidian's Tim Cain says that kind of budget is "just right."

Making videogames is an expensive undertaking, and a couple million bucks doesn't buy what it used to. Can Obsidian put together a classic, single-player isometric RPG that will satisfy the sky-high expectations of fans on such a shoestring budget? According to Cain, whose credits include Stonekeep, Fallout, The Temple of Elemental Evil and Vampire: The Masquerade: Bloodlines, the answer is yes.

"Those budget numbers are just right for what we are trying to make," he told Eurogamer. "We have an engine already, and we aren't using an established IP with pre-defined game mechanics and an art style that we have to mimic. Both of these things save us a lot of time, because we are now free to make those elements ourselves."

Josh Sawyer is the project lead on Project Eternity, Chris Avellone is "doing writing" and Cain himself will handle system mechanics and programming. Beyond that, the number of people who end up working on the game will depend entirely upon its needs. "I'm the most comfortable with teams between 20 and 30 people, so that everyone knows what everyone else is working on," he said. "But if we need to pull in more people to make this game as big and as high-quality as we want, I am sure we will do that."

As well as providing funding for projects that might not be approved by publishers, Kickstarter allows studios a creative freedom they otherwise wouldn't have. Cain touched on how several characters and quests were removed from The Temple of Elemental Evil at Atari's request, and said that won't happen with Project Eternity.

"To me, a mature game deals with some issues of a serious nature," he said. "Moral choices are a perfect topic. For example, is killing always evil? Is the act of sacrificing someone for the greater good a good act in itself? Does doing good things make a person good? Torment explored these ideas in exquisite detail, and we'd like to do the same."

With 28 days to go, the Project Eternity Kickstarter is sitting a little shy of $1.6 million in pledges. The game is currently expected to be ready to launch in April 2014.