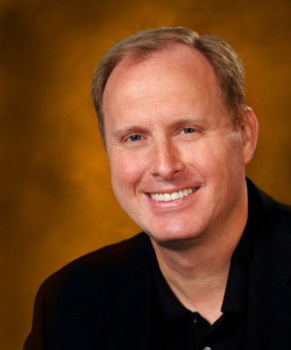 Sony Online Entertainment President John Smedley says that only people who play videogames should be in the business of making them.

Does Bobby Kotick play videogames? I don't know. What about John Riccitiello? No clue. Yves Guillemot? Maybe, but I don't see it. Yet they head the three largest videogame publishers on the planet. And while their performance on their respective thrones may be a matter of some debate, SOE President John Smedley says that if they're not gamers, then maybe they shouldn't be on them in the first place.

Smedley himself is a pretty hardcore EVE Online player, although he admits he's been distracted lately by other things. "The games I'm playing right now are Planetside 2, Dota 2 and EVE. EVE used to be the forefront game, but now it's the background game because I don't have a choice, I'm having too much fun in Planetside 2," he told Edge. "And Dota 2 I'm playing a lot with my kids right now."

"In my opinion, people that don't play games have no business in this business," he continued. "It should be the gamers-only club, I think. I can't stand people that don't know what they're talking about when it comes to playing these things."

You don't hear that kind of talk from a highly-placed executive every day and while it may very well be just a smart PR maneuver, it's still a fun little outburst. But do guys like Kotick and Riccitiello - or even Smedley - really need to be gamers to be good at their jobs? It's nice to think that they share some common ground with those of us who partake in their products, but at some point in the upper stratosphere of the industry hierarchy, where shareholder concerns have to be given priority over those of a more artistic nature, does it stop being relevant?