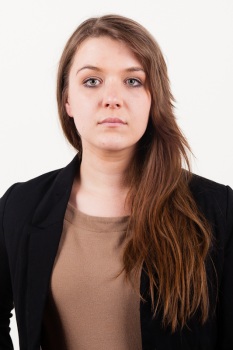 A prominent member of Germany's Pirate Party has come under fire for issuing DMCA takedown notices to sites hosting unauthorized copies of her new book.

Julia Schramm is a well-known German blogger. She's also on the executive committee of Germany's Pirate Party, a political party whose manifesto states, "We demand that copying, providing access to, storing and using creative products for non-commercial purposes must not just be legalized, but actively promoted to improve the public availability of information, knowledge and culture, because this is a prerequisite for the social, technological and economic development of our society." She has in the past referred to the concept of intellectual property as "disgusting" and described copyright holders as the "content mafia."

But she's had a bit of a change of heart with the recent release of her book, Click Me, for which she earned an advance of more than €100,000 ($131,010) from publisher Albrecht Knaus Verlag, a subsidiary of international publishing giant Random House. The book is on sale in bookshops and on Amazon, but unauthorized - which is to say, pirated - copies of the book are also floating around online. That's not cool with Schramm or her publisher, which has been issuing takedown notices to anyone hosting it.

As for the Pirate Party's stance that copyright in the digital era is an "immoral" tool used to create artificial scarcity, she told German site Welt, "There will always be free texts from me on my blog, and there are also book excerpts." Click Me will be available for free in ten years when she gets the copyright back, she added.

I suppose there are worse things to abandon your principles for than a six-figure advance - you can have somebody killed for about a tenth of what Schramm got for her book, after all - and she did acknowledge, after the controversy erupted in Germany, that she dropped the ball a bit. "In retrospect, of course, I could have negotiated more aggressively with the publisher on some aspects," she allowed. "I was just very glad to be able to fulfill my dream to write a book."