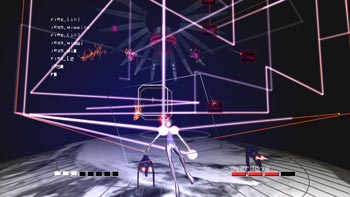 Space Channel 5 producer, Tetsuya Mizuguchi is taking on a "more spokesman-like" role in his company.

Tetsuya Mizuguchi, creator of Rez and producer of wonderfully weird titles like Space Channel 5, Gunpey and Meteos, is apparently giving up game development. According to Q Entertainment director, Nobuhiko Shimizu, Mizuguchi will now be focusing on academic studies and acting as "more of a spokesperson" for the company.

Mizuguchi started his career at Sega, where he produced a number of titles including Sega Rally and Space Channel 5. When his team was dissolved by Sega, he opted to leave the company rather than become a part of Sonic Team. He went on to co-found Q Entertainment, where he worked mainly on handheld titles (Lumnies, Gunpey, Every Extend Extra) before making his directorial debut with Child of Eden, a spiritual successor to the Dreamcast cult hit, Rez. Much like Rez, Child of Eden fared well with critics but sold poorly. According to NPD Group numbers, the game sold just 34,000 units on the 360 during its first month on sale.

Q Entertainment is currently working on a number of new projects, including a game that mixes card-battling mechanics with the kind of music-orientated gameplay the company is known for.

Gallery of the Day: 8 Most Exciting New Pokemon in X and Y JonB 27 Comments
Comments on