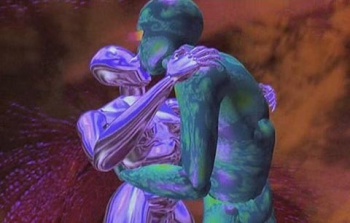 Libelous comments on social network sites could net you up to 12 years in the slammer in the Philippines.

Take off your robes and wizard hats, folks. The government of the Philippines recently passed a cybersecrurity act which criminalizes computer fraud, malware and data theft. Unfortunately for the nation's cam girls and trolls, the new laws also effectively outlaw cybersex and trolling. Under the new laws, leaving a libelous comment on a social network site or blog could net you a 12-year, no-parole prison sentence. The act also makes the procurement and publication of passwords illegal.

The act has attracted a slew of criticism from the foreign media, mainly due to the restrictions it places on the population's personal freedoms, but the Philippines government insists the act is in the public's best interest. According to comments made to The Sun (the newspaper, as opposed to the celestial body) the cybersex law is designed to protect young women from being forced into the "cam girls" trade.

The bill defines cybersex as "the willful engagement, maintenance, control, or operation, directly or indirectly, of any lascivious exhibition of sexual organs or sexual activity, with the aid of a computer system, for favor or consideration".

In the act's favor, it also outlaws unsolicited advertising and domain name squatting.

The act can be read in its entirety here.

Editor's Note: I've updated this post to read "cam girl" instead of "cam whore." The initial phrasing was meant as a descriptive term, not a derogatory statement or moral judgement. Yet, regardless of intention, the original wording could easily be interpreted as offensive, and so has been updated to reflect those concerns.

As Sands Through the Hourglass Cat Rambo 0 Comments