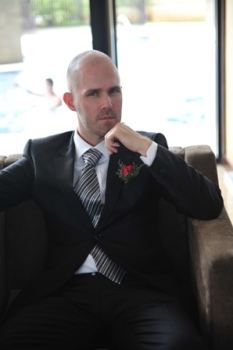 Erickson hasn't offered any specific reasons for his departure, but posts on his new Twitter account suggest that he's not happy with where the studio was headed. "When 90% of the industry is saying the exact same thing (social, mobile, FTP!) a huge number of people are going to lose that race," he wrote. "Job hunt thought: If you think a monetization approach is the same thing as a game idea I don't know why we're talking."

In response to a Twitter user who said he was burned out on MMOs and missed games like Monkey Island, Full Throttle and Space Quest, he added, "Not funny at all. There's a reason Kickstarters for classic adventure games and classic RPGs have done so well."

It's a far cry from Erickson's gushing words about BioWare on his LinkedIn page, which hasn't been updated to reflect his departure. "Took a step down from Lead Designer role at EA to get into BioWare and learn from the best story designers," it says. It also contains a recommendation from Vogel, who wrote, "If you need someone to define a vision and build a great game and team around that vision, he is your man." Vogel is currently putting together a team to work on an unannounced project at Bethesda's new Battlecry Studios.