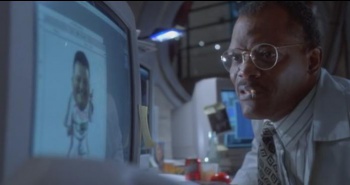 Life has found a way ... to destroy the dreams of every man, woman, and child.

A wise man once described the universe thusly: "God creates dinosaurs. God destroys dinosaurs. God creates man. Man destroys God. Man creates dinosaurs." But unfortunately for prominent chaotician Dr. Ian Malcom, Science, harsh mistress that she is, has recently proven at least part of the sentiment false. As it happens, mankind will likely never bring dinosaurs into the modern age, courtesy of amber-coated mosquitoes or otherwise. Unlike handcrafted dinosaur animatronics, it turns out that DNA just can't stand the test of time.

It was a neat idea and, this particular disappointing DNA factoid aside, a somewhat practical one: An insect drinks the blood of a dinosaur, becomes preserved in petrified tree sap, and lo and behold, millions of years later, we use the same procedure we used on that boring old sheep Dolly to make everyone and their uncle a pet Iguanacolossus. For years, the problem has been finding any DNA that's still intact, and while the scientific community has always had a fairly strong idea that dino-blueprints couldn't weather the ages, some jerk with a PhD in Australia had to go and pinch the proverbial flame of hope into a smoldering ember of despair once and for all.

The study was led by Morten Allentofy and Michael Bunce (who I'm sure are perfectly nice, and probably didn't mean to suck the wind from our dino sails like some sort of joy-sucking vacuum monster) and involved a detailed examination of 158 moa leg bones. Each of the bones were chock-full of DNA, and found within 5 kilometers of each other, preserved in near-identical condition. For years, determining the lifespan of DNA has been difficult, due to multiple variables of decay, including temperate, oxygenation, and microbial attack. With such a consistent sample, however, Allentofy and Bunce were able to finally peg DNA half-life at just 521 years. That means that every 521 years, 50% of the bonds holding the DNA together will have broken, and in 521 more years, half of what's remaining will do the same.

As you half and half, the decay exponentially slows, but not enough to survive the trip from Cretaceous Period to the Age of Honey Boo Boo. Extrapolated out, the longest DNA can survive is a paltry 6.8 million years, a far cry from last time a T-Rex had a pleasant afternoon, probably some 65 million years ago.

"This confirms the widely held suspicion that claims of DNA from dinosaurs and ancient insects trapped in amber are incorrect," said Simon Ho, awesome dinosaur scientist at the University of Sydney Australia. And while these findings basically rule out ever cloning domesticated dinosaurs as the obvious transportation solution to solve the oil crisis, according to Ho, at least "we might be able to break the record for the oldest authentic DNA sequence, which currently stands at about half a million years."

So yeah, there's hope of one day breaking the record for oldest deposit of decaying acid! That's totally awesome, and completely makes up for us never seeing dinosaurs! Right? Right? Come on people, I'm grasping at anything here.