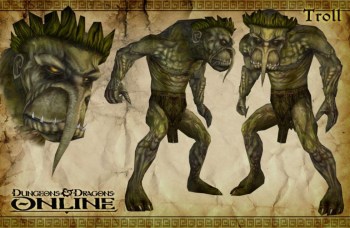 Patent infringement lawsuits aren't always the most exciting of tales, but this one has a twist. Treehouse Avatar Technologies has filed a lawsuit against MMO studio Turbine Inc., alleging that Turbine's Dungeons & Dragons Online and Lord of the Rings Online infringe upon U.S. Patent No. 8,180,858, "Method and System For Presenting Data Over a Network Based On Network User Choices And Collecting Real-Time Data Related To Said Choices" and heretofore referred to as "the '858 patent," which it holds.

"Turbine's Dungeons & Dragons Online and The Lord of the Rings Online tally the number of times selected character attribute(s) have been selected by a plurality of users," which violates at least one part of the Treehouse-held patent, according to the complaint. "Treehouse has been damaged by the infringement of Turbine and is suffering and will continue to suffer, irreparable harm and damage as a result of this infringement unless such infringement is enjoined by this Court."

But here's the twist: The patent was issued to Treehouse on May 15, 2012. That's about five months ago.

I readily admit that I can't even begin to grasp the many complexities of patent law, but Dungeons & Dragons Online has been running since 2006 and Lord of the Rings Online has been with us since 2007. Is it possible that a company can claim infringement on a patent that's only five months old by services that have been running for more than five years? Patent lawyers and those who play them on TV are welcome to chime in, but I'd be shocked if that turned out to be the case.

Treehouse is demanding a permanent injunction against Turbine, as well as damages "no less than a reasonable royalty, such damages to be trebled" pursuant to relevant legal provisions, plus costs, attorney's fees, interest and all the usual. And what a shame it will be if it gets any of it.