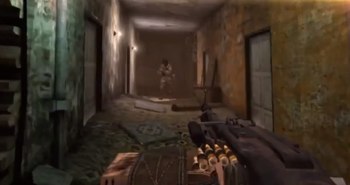 Nihilistic Software, makers of Call of Duty: Black Ops Declassified and Resistance: Burning Skies, will close over the next few months as part of a reorganization intended to create mobile game maker nStigate. Layoffs aren't part of the plan, but Nihilistic will "get leaner," according to the official announcement, "as some of our talent finds new homes."

Though Nihilistic didn't go into specifics, sinking retail figures were mentioned as part of the reasoning behind the switch. nStigate will focus on downloadable, online and mobile games, abandoning retail altogether. Nihilistic, founded by veterans of Jedi Knight: Dark Forces 2, has been in operation for fourteen years.

"It's been a privilege and a joy to serve our players for the past years," said the company in its official announcement. "We love what we do, and we love it when you guys like it."

Vita's multiplayer shooter Call of Duty: Black Ops Declassified, the last title to be published by Nihilistic, is due for release on November 13th.