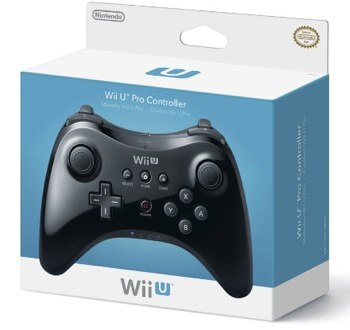 Voice chat on Nintendo's next console will only be available in select games.

With one month to go until the Wii U launches in North America, a Nintendo representative has shed some light on how voice chat will work on the console, and it's not exactly ideal. Even though the GamePad controller has a built-in microphone, that's not how you'll chat while playing games online. Instead, you'll be required to buy a licensed third-party Wii U wired headset from Mad Catz or Turtle Beach.

Of course, the Wii U Pro controller, which might be preferable for somes games, doesn't have a headset port, so you'll have to plug it in to the GamePad's headphone jack. That means your wired headset will be connected to a controller you may not even be using while playing a game like Call of Duty Black Ops II online.

In addition to Black Ops II, voice chat will be made available for "select games," the rep said. That also includes Mass Effect 3, Assassin's Creed III, and "all games with significant online multiplayer modes, and all which support in-game voice chat on Xbox 360 and PlayStation 3." It sounds like any game that needs voice chat would be represented in this group, but that also means there's a chance that any Wii U exclusive with online multiplayer that's not deemed "significant" could go without it.

It's possible that Wii U's voice chatting capabilities are still evolving, so wireless headsets could be made available at some point. The GamePad does have Bluetooth support, but there's been no word from Nintendo yet on whether or not that can be utilized for wireless headsets.

The limited, game-by-game voice chat is puzzling, especially since the console comes with a controller that has a built-in microphone. We'll find out more about Wii U's online capabilities as we get closer to its November 18 launch.