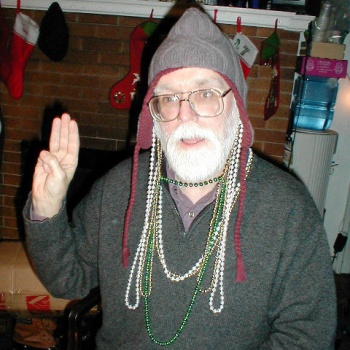 Ken Rolston has landed on his feet after the 38 Studios debacle.

The wonderful thing about being the lead designer on Oblivion is that no matter how bleak the economy may look, there's still a big game company out there that wants you. Ken Rolston, one of the major minds behind the Elder Scrolls entries Morrowind and Oblivion, most recently helped Big Huge Games develop Kingdoms of Amalur: Reckoning. After the fallout from the 38 Studios closure, Rolston found himself functionally out of a job, until Turbine Games stepped in. Rolston's considerable open-world design experience will now serve titles like Dungeons & Dragons Online and Lord of the Rings Online.

Turbine, known for its story-driven MMOs, hired Rolston earlier this month to serve as a Director of Design. Rolston's exact duties are not yet clear, but he describes himself as an "Extra Senior Designer, Visionary, Evangelist, and Mentor for development of Vast Narrative Computer Games." In addition to his Elder Scrolls and Amalur contributions, Rolston also spent years working on pencil-and-paper RPGs including RuneQuest, Paranoia, and Dungeons & Dragons. Given his familiarity with fantasy storytelling, Rolston's talents could easily benefit any of Turbine's existing games, although he could just as easily be overseeing a new project.

Rolston is not the only new hire in Turbine's stable. Recently, the company has brought in heavy hitters from NetherRealm Studios, Zynga, and Petroglyph Games to serve in supervisory and executive roles. Turbine has already released expansions for its two biggest titles in 2012; could the studio be gearing up for another major release? If so, expect it to incorporate a massive open world and a far-reaching story with lots of side quests. It's only a guess, but based on past experience, it seems like an educated one.