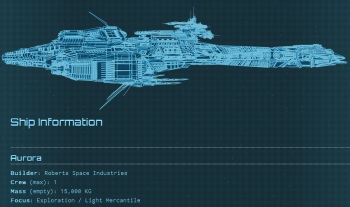 Chris Roberts' epic space sim project has hit the $2 million in pledges needed to bring it to life.

There wasn't much question that it was going to happen, but today it became official. With more than $608,000 pledged on Kickstarter and $1.45 million taken in on the Star Citizen website, the minimum $2 million in support needed to bring on investors who will finance the balance of the game has now been hit.

"I'm proud to represent this cause and I'm tremendously humbled by the incredible community that has rallied to my side," Roberts wrote in the latest Star Citizen Kickstarter update. "Not just the donations - which have been astounding - but also the stories and the creativity I've encountered interacting with you in the comments and on the message boards and elsewhere. Like me, you have all seen Star Citizen, no matter what you may have called it, in your head for many years... and thanks to your collected efforts, I'm going to build it for you."

That doesn't represent the end of the funding line, however. The Star Citizen funding drive runs for another 15 days, while the Kickstarter has 25 days remaining. Stretch goals for the $3 million, $4 million and $5 million marks have also been revealed, most of which amount to "more ships, more missions."

Roberts also revealed design documents for the five "pledge ships" that will be granted to supporters of the game, which describes how ships will work in the game, what kind of weapons they'll bring to bear, available upgrade modules and other relevant information. "Some of this is likely to change during the 3D design and game balancing progress over the next 24 months," the document says. "Despite this they should give a good indication of the relative features and abilities of the 5 initial ships that are available to early backers."

That's that, then. All that remains is to see how much money all you neglected space jockeys want to throw at this thing before Big Finance gets involved. If you count among that crowd and haven't yet tossed your nickel into the jar, you can do so at either Kickstarter or robertsspaceindustries.com.