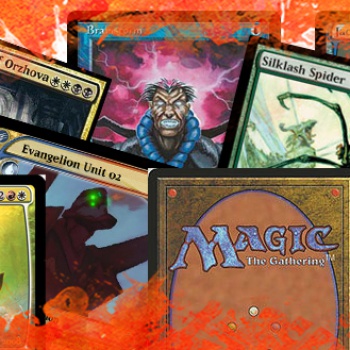 The victim was a pillar of the Magic community in the area.

We've all been there. When I was a kid, I coveted the 8-bit Nintendo systems my friends and neighbors had and the baseball cards my buddy's dad proudly displayed were worth a pretty penny. A pair of adults took those covetous thoughts for another man's collection way too far. In August, two men broke into 30 year old Sean Dugas' house in Pensacola, Florida, beat him to death and took his collection of Magic cards. Police estimated the collection was worth up to $100,000, including a Black Lotus card with $10,000 on its own.

The police have just now pieced together the chain of events. After breaking in to Dugas' house, killing him and stealing the cards, twin brothers William and Christopher Cormier took the victim's body with them. The pair buried the body in a backyard in Georgia, where they were eventually apprehended. William Cormier, 31, is charged with the murder of Dugas.

The Magic community in Pensacola is shocked. "We've been doing this for 26 years, and we've never even had a fight," said Ed Nehring, the owner of a comics and gaming store in Pensacola where Magic players sometimes congregate to play.

Many of the players in the area would consult with Dugas on strategy or to borrow cards. "He was a dominant figure in the Magic community," one of the players said. "When news came of his death, it shook all of us."

While this is certainly a tragedy, I really hope this news doesn't degrade into painting Magic as a deviant influence on our youth. In any pastime, there will be people who do bad things. That doesn't mean the activity itself is the cause.