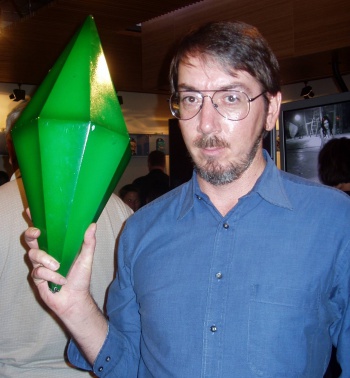 The esteemed designer is free of a legal battle with the cofounder of his latest startup.

Chances are you've played a game designed by Will Wright. From SimCity to the The Sims to the more recent Spore, he's had his fingers on a lot of classic games. He famously left Maxis - now owned by EA - in 2009 and began a startup called HiveMind in 2011 with a man named Jawad Ansari. HiveMind's plan was to create mobile or social games that used personal biographical information, but before anything could be produced, Wright replaced Ansari with a different CEO. Ansari sued, Wright countersued, and the whole thing was a mess. This week, both sides of the conflict have come to amenable terms and Wright can now go back to designing games rather than litigation strategies.

Wright says the pair reached "a friendly and respectful resolution." His statement obviously doesn't go into details, but it's clear that making games is now his focus again.

He plans "to pursue opportunities in the dynamic online game industry," but whether that means with the HiveMind team that's assembled or if he plans to move on remains to be seen.

For what it's worth, I think we deserve a remake of Raid on Bungeling Bay. That game was the shit back in the 80s. But hey, I'd settle for one of the most influential game designers of our generation go back to, you know, making games.