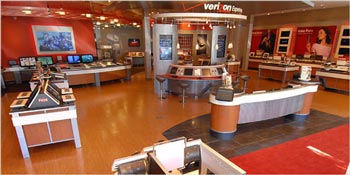 A Verizon store worker has confessed to receiving nude pictures copied from a female customer's phone.

Two Verizon store workers have ran into trouble with the law after being caught with very private photographs stolen from a local waitress's phone.

According to the police report, Joshua Stuart, a 24-year-old working at a Verizon store in Bartow, Florida, copied the photographs when a local, unnamed waitress asked him to transfer her data from her old handset to a new smartphone. Stuart then shared the pictures, described as "very private in nature" with his fellow worker, one Gregory Lambert.

Police were informed of the theft when a local bartender came into the same store and, in what I can only imagine was one of the classiest conversations of all time, Stuart asked him if he knew any of the local waitresses and offered to show him "banging pictures." Apparently Stuart's stolen spank material storage techniques were a little rusty, as he couldn't find the pictures on his computer and instead had to ask Lambert to show the customer his copies. As it turns out, the bartender did know the waitress in question, but rather than chortle at her lady bumps, he told her what had happened and contacted the police.

Both the waitress and her friend positively identified the two employees and she confirmed that she had not given consent for the images to be copied.

The police obtained a warrant to search the store and found the images on a laptop and two phones belonging to Lambert. Lambert later confessed to receiving the images, as well as stealing similar photos from a different customer's phone. He's been charged with two felony counts of dealing in stolen property as well as misdemeanor theft and handling of lewd materials. Stuart is currently out of state, and will face charges when, or if, he returns.

Source: The Smoking Gun via The Register