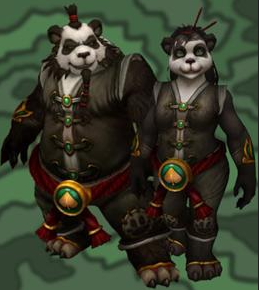 A World of Warcraft player forgot to turn the camera off, and now his girlfriend isn't speaking to him.

You'd think turning the camera off would be the first thing you'd do once the gaming session was done, but one Mists of Pandaria player managed to forget this all-important safety tip after a session recorded on TwitchTV. The camera happened to be focused on his bedroom at the time. No prizes for guessing what happened next; suffice to say his girlfriend is furious.

The player's viewer base - over 1,300, according to Reddit - all saw pretty much everything there was to see. The player didn't realize what had happened until early the next morning, when he finally twigged that the camera was still on. At that point he shut the feed down, but the damage had already been done.

The poor soul has had his Twitch account suspended for violation of the terms of use, but that's probably the least of his worries at the moment. A Reddit AMA went up - and down again - soon after the incident, and went about as well as you'd expect. The player said he was "shocked and surprised" at the incident, and his girlfriend wanted to kill him.

Soon after that he went silent.