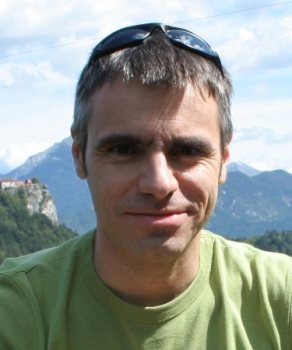 Gabe Newell isn't the only one who thinks Windows 8 is a catastrophe.

You know who Gabe Newell is. You know who Notch is. You may not know who Alen Ladavac is, but as the chief technology officer of Serious Sam studio Croteam, it's fair to say that he knows a thing or two about making games, too. And he recently added his concerns to those already expressed by Notch and Newell that Windows 8 could be very bad news indeed for PC gaming.

"Gabe Newel did not overreact," Ladavac wrote in a message on Steam. "What you don't see here is that, under the hood, the new tiled UI is a means for Microsoft to lock Windows applications into a walled garden, much like the one on iOS. There is this 'small detail' that Microsoft is not advertising anywhere, but you can find it dug deep in the developer documentation: One cannot release a tiled UI application by any other means, but only through Windows Store!"

"I cannot even begin to stress out just how horrible this idea is! There is no side-loading, except for corporate use inside one company, and that works only on the enterprise edition of Windows 8," he continued. "Do we all understand what that means? You cannot download an application from the Internet and run it on your computer. You have to get it from Microsoft's store. Even if it is a free app!"

That in itself isn't necessarily a problem, he said, noting that it might actually be nice to have a "common hub" from which to download software. The problem is that anything wanting space on that hub will have to be certified by Microsoft, which means a mandatory adherence to whatever requirements Microsoft wishes to impose. And while desktop applications are "theoretically" exempt, as he put it, he said the system "looks more and more like just a foot-in-the-door technique."

"A large number of developers have expressed their concern with possibility that, probably in Windows 9 or something like that, the ability to get even desktop apps in any other way than through Windows app store may very well be removed," he wrote. "When that happens it will be too late."

"Certification is a broken concept and should be abolished," he stated. "Now, while in current state Windows 8 do look like they support plain desktop apps seamlessly, the removal of start menu and use of 'charms' even on the desktop looks like a pretty blunt attempt to force users to 'get used' to the tiled UI. It would be fine by me if it wasn't for the aforementioned certification issue."

I'm not technically savvy enough to express any kind of confident opinion about what Windows 8 will or won't do to the PC gaming space, but I do know that Microsoft will go where the money is, and both Apple and Valve have demonstrated the value in controlling access to software. And when Gabe Newell, Notch and the Serious Sam guy all express the same deeply-rooted concerns about the future of Windows as a gaming platform, I can't help but think that maybe there's a good reason to worry.