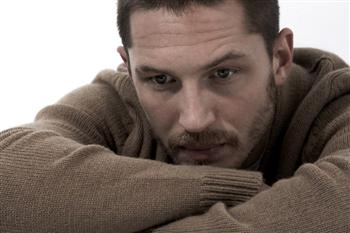 The masked man who played Bane in The Dark Knight Rises switches to goggles in his upcoming role.

Tom Hardy, known for his roles in Inception and The Dark Knight Rises, has signed on for an upcoming Splinter Cell movie as none other than Sam Fisher himself.

The story of the gravel-voiced covert operative is the next Ubisoft intellectual property dressed up for the big screen, the first being the upcoming Assassin's Creed feature starring Michael Fassbender.

The film has not been officially set up at a studio as of writing; however, Ubisoft have since commenced discussions with Paramount and Warner Bros. The movie will be written by Eric Warren Singer, whose previous work includes the 2009 crime-mystery film The International (and an episode for 90s MTV animated series Aeon Flux).

CEO of Ubisoft Motion Pictures, Jean-Julien Baronnet, says that Hardy has a "phenomenal ability" to take on complex and varied roles, and is one of the biggest acting talents in the industry. "His involvement in the Tom Clancy's Splinter Cell movie is exciting news for movie and videogame fans alike.

"Meanwhile, Eric Singer is one of the most talented writers of the moment, and ... we're confident he'll bring a fresh approach and create a thrilling story ... while still respecting all the codes and traditions of the franchise that are so important to fans," he says.