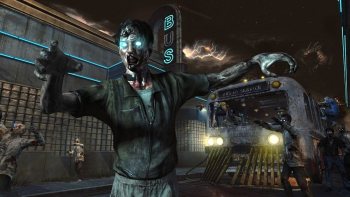 Activision Support is aware of the problem with some PS3 DLC codes but hasn't got a solution yet.

As launches go, the Call of Duty: Black Ops 2 release has had its share of problems, what with some PC players getting Mass Effect 2 discs in their package; but PS3 players now have something to complain about. In some instances, Hardened and Care Package editions - the really expensive versions with the extra bells and whistles - may not have working DLC codes.

Activision knows about the problem but doesn't have any solution yet. "We are working on resolution," Activision Tweeted. "Thank you." Blame was first put on overworked servers, but it soon became clear that the problem ran deeper than that, as customers began reporting that their DLC codes could not be input. This means no Nuketown arena match for them, or Nuketown zombies for that matter, and this right before the double XP launch weekend.

The problem has only been reported on Hardened and Care Package editions so far, and there's no way to know exactly what's causing it. "So I have just called Sony network support," said one poster on the EU forums, "and spoke to a very helpful guy who confirmed that there is an issue with the codes and mine has been used in Germany." Other users also claimed that their codes had already been redeemed, suggesting that duplicates may have been sent out. The publisher has asked players to follow up via Twitter if they are experiencing trouble.

Not that long ago, Activision Blizzard published its quarterly results. At the time, CEO Robert Kotick claimed that the Call of Duty: Black Ops 2 would be "one of the most successful launches of any form of entertainment in history." It may yet prove to be a financial success, but calling the launch one of the most successful in history may have been jumping the gun.