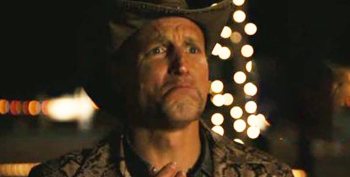 Hostess Brands, the company that makes the venerable Twinkie, is shutting down its operations - or perhaps not!

The cream-filled confection known as the Twinkie, often viewed as one of the few foodstuffs that could survive a nuclear (or zombie) holocaust unscathed, is facing an unexpected but no less devastating end: the bankruptcy of the company that makes it. Hostess announced today that it is seeking permission from a U.S. federal bankruptcy court to close down, a move which will cast nearly 18,500 people out of work.

The company blames a strike by The Bakery, Confectionery, Tobacco Workers and Grain Millers International Union, which represents around 5,000 Hostess employees, as the cause, saying it "does not have the financial resources to weather an extended national strike." The bakers went on strike over a new contract, recently accepted by the larger Teamsters union, which would leave employees with reduced wages and benefits. That deal came about after Hostess filed for bankruptcy protect in January, its second struggle with insolvency since 2004.

So how does a company that makes Twinkies, Ding-Dongs, Ho-Hos and Wonder Bread - the best-selling white bread in America, by the way - go bankrupt? It sounds like it could be an especially hard-nosed negotiating tactic, especially since Hostess CEO Gregory Rayburn told CNBC that industry "overcapacity" means Hostess employees won't get their jobs back even though most Hostess brands will be picked up by other manufacturers as soon as they're available. But he also said that even if the bakers went back to work immediately, it's too late to change course on the shutdown.

Hostess can't begin liquidating its assets until the court gives it the green light, but all production of Hostess foods has ceased and no further deliveries will be made. Stores can sell what products they still have in stock, but the company said in a letter to its stores that it could provide no time frame for when the sell-off will take place and stock will become available again. I've always been more of a Ding-Dong man myself, but whatever your poison - Twinkies, Fruit Pies, Cupcakes or just enriched white bread, if that's how you roll - if you've got a thing for this stuff, you better haul it down to the local corner mart and stock up. This could get ugly in a hurry.

UPDATE: The Twinkie is saved! Or at least, it's not quite as dead as it appeared. The bankruptcy judge in the case declared that Hostess and the bakers' union have not yet undertaken the "critical step of mediation," and asked the lawyer for the union to request its participation. The company could still ultimately be liquidated, but it appears that the matter isn't quite as settled as Rayburn claimed.