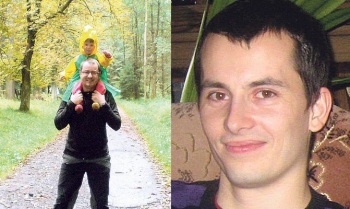 The two Bohemia Interactive employees could face 20 years in jail if found guilty in Greek court.

The ArmA 3 developers accused of espionage earlier this year have been refused bail and are set to face trial before Greek court.

Ivan Buchta and Martin Pezlar were denied appeal for the spying charges made against them earlier this year. The decision came after almost 70 days of waiting, partly due to strikes in the Greek legal system stemming from protests against austerity measures for the troubled region.

If found guilty, the pair could serve up to 20 years in jail.

The mother of Ivan Buchta gave a statement after the announcement, saying that the families of the accused have been possibly "too optimistic" and put too much faith in the Czech Ministry of Foreign Affairs to help resolve the situation.

"The last telephone call from our boys has drastically changed the situation," reads a translation of her statement. "In the previous calls we have assured them that everything is being done to save them and they assured us that they're holding it together as well as they can.

"They no longer tell us that it's alright... After this judicial decision we have heard from Martin and Ivan something that no parent wants to hear. During the phone call, they basically told us one thing: 'Mom, Dad, please save us'."

The developers were arrested early this year while on vacation in Lemnos when law enforcement allegedly discovered images of military installations on a camcorder and camera in their possession.

At the time, the Czech government claimed that the men knowingly entered an area that was off-limits. Bohemia Interactive stated that the accusations were "completely false and without substance", saying that the developers were in public areas when they were taking the footage.