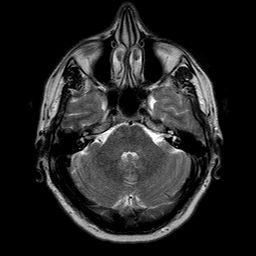 An Italian artist created a web portal to share his medical records with the world.

Salvatore Iaconesi was diagnosed with brain cancer at the age of 39. Like many cancer patients, he had to learn the terminology that many doctors spewed at him. Words like "stage four", "low-grade glioma," and "malignant" have a special, horrible, meaning when a loved one's life is in jeopardy. Iaconesi absorbed all the information he could from his doctors, but he was unsatisfied with the result. There was just so much that was unknown about his brain cancer. Being a TED fellow and a generally tech-savvy guy, Iaconesi obtained his medical records, decoded them, made them "open-source", and put them up on the web at The Cure. More than 200,000 cancer patients have visited the site in the last few weeks, including 90 doctors and medical professionals, to share what they know about the disease and hopefully find a cure.

"I felt incomplete about the way that the medical system was handling my situation," Iaconesi said. "My main objective - the best thing I felt that I could do - was to make my digital information available on the Internet, in formats that would allow people of multiple cultures, skills, professions and inclinations to access, use, recombine and redistribute it."

In addition to sharing personal medical data like MRI scans, The Cure creates discussion up splitting up the talking points of his disease into separate forums like "diet" and "psychology". It's basically a tiny Reddit all devoted to sharing information and testimonials on brain cancer. Liek the rest of the Internet, not everything submitted is helpful; one user claims consuming the husk of a black walnut will kill the parasite in your intestines that causes cancer. But to Iaconesi, the free flow of information will only aid us in finding a cure.

"I see a cure as a dynamic process, in which multiple doctors, professionals, artists, scientists and others join as a society - to converse, support each other, be open to various contributions and shape solutions that merge humanity, technology, technique, philosophy and art. Creativity and "normal life" become part of the process and bring "diseased" people back to life," said Iaconesi.

And it's worked, at least for now. Thanks to advice from several oncologists from all over the world who connected through The Cure, Iaconesi's tumor is no longer spreading. Once tests are complete, Iaconesi will decide if surgery is an option. If the tumor can be removed, the world's knowledge of cancer will increase because geneticist Jimmy Lin has offered to sequence the genome of the tumor and release the information in an "open-source platform, of course."