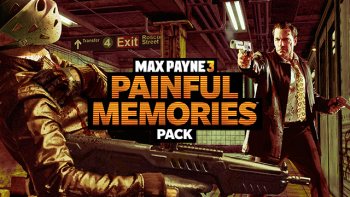 Also on tap on the UAR-21 and IMG 5.56 assault rifles, new avatars and items, and the appropriately substance-abuse-themed Hangover Burst, which causes enemies to respawn with blurred vision and reduced stamina and health. Apparently only Max gets better after a bender.

Is anybody still playing Max Payne 3 multiplayer? Not that I begrudge online gamers their fun, but the strength of the series has been in its single-player component and I'm starting to wonder what a guy has to do to get some solo DLC action going on. Max isn't dead, after all, and as the Max Payne 3 flashback segments demonstrated, he had plenty of adventures prior to all that unpleasantness in Sao Paulo. Why not throw the man himself into the breach once more?

In any event, the Max Payne 3 Painful Memories pack will sell for 800 Microsoft points on the Xbox 360 or $9.99 on the PlayStation 3 and PC, unless you're a Rockstar Pass owner, in which case you'll get it free, and comes out on December 4.