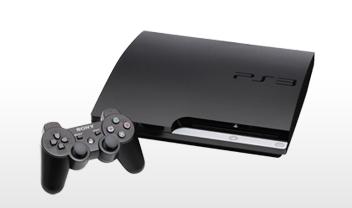 PlayStation Plus subscriptions increased 259% during the week of Black Friday.

The week of Black Friday might be a nightmare for retail employees, but it proved fairly successful for Sony. The publisher has announced that it sold 525,000 PlayStation 3 units last week, which was a hardware sales increase of 15% over last year. Total PS3 sales, which includes hardware, software, and accessories, grew 9%, and a 250GB PS3 bundle with the first two Uncharted games and inFamous Collection sold out at retailers nationwide.

The PlayStation Vita also racked up some decent sales, moving 160,000 units and selling out of the $199 Assassin's Creed: Liberation bundles. Perhaps aided by the addition of the service to the handheld, PlayStation Plus subscriptions grew 259% last week compared to the same time period the year before.

While 160,000 Vitas sold may not sound like a lot, it was a pretty strong week for the handheld, which has been struggling since its February launch. Of course, the discounted bundles available during the Black Friday weekend probably didn't hurt, either. With another new Vita bundle launching next week, perhaps Sony can keep this sales momentum going through the holiday season.