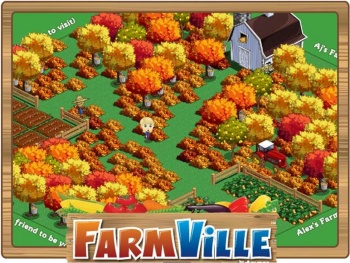 Nevada authorities are now considering whether the maker of Farmville is fit to hold a gaming license.

In an ongoing quest for more reliable revenue streams, Zynga has bet on Vegas-style gambling, and is applying for a license to open a real-world cash online casino. Nevada authorities are now pondering whether to grant Zynga its petition for a gaming license. If successful, Zynga would be allowed to operate virtual gambling games within the state.

"As we've said previously," said Zynga's Chief Revenue Officer Barry Cottle, "the broader U.S. market is an opportunity that's further out on the horizon based on legislative developments, but we are preparing for a regulated market." In other words, Zynga's playing the long game, hoping that legislation to regulate online gambling within the US will be successful. If that happens, and Zynga is already in position with its virtual Vegas, then the social game maker is perfectly positioned to thrive within what it sees as a boom market.

This isn't Zynga's first attempt at virtual gambling. Back in October it signed a deal with bwin party, an online gambling company with European market share, to provide online poker and slot machines in the United Kingdom, starting in 2013.

While the move, if successful, may generate revenue, a revamp of US gambling legislation will be several years in the making. Given Zynga's financial troubles and the failure of some of its more recent properties to retain customers, it begs the question whether Zynga can really afford to wait that long.