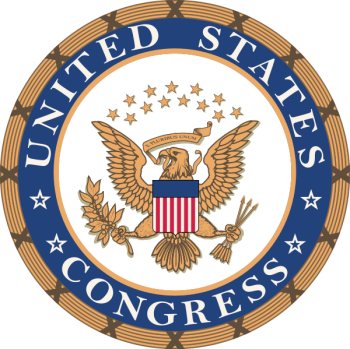 The United States Congress has unanimously voted against a proposed International Telecommunications Union treaty that would see "increased government control over the internet."

It turns out that Google isn't alone in its opposition to U.N. efforts to impose international control over the workings of the internet. The U.S. Congress is also firmly against the idea, and yesterday voted unanimously - and I didn't think those guys could be unanimous about anything - to oppose the effort.

"There is not only bipartisan, but bicameral support underlying this resolution, and there is complete support across the Executive Branch of our government," Democratic Rep. Anna Eshoo said. "In other words, the United States of America is totally unified on this issue of an open structure, a multi-stakeholder approach that has guided the Internet over the last two decades."

"We need to send a strong message to the world that the Internet has thrived under a decentralized, bottom-up, multi-stakeholder governance model," added Republican Rep. Marsha Blackburn.

The concern among U.S. legislators and other opponents of the treaty is that placing greater levels of control over the internet in the hands of countries like Iran, China, North Korea and Russia - censorious regimes to whom the free flow of information is a threat, in other words - could lead to a stifling of innovation and free speech elsewhere. And while the current ITU Constitution allows states to "cut off, in accordance with their national law, any private telecommunications which may appear dangerous to the security of the State, or contrary to its laws, to public order, or to decency," as ITU Secretary General Hamadoun Touré explained in June, those blackouts are strictly regional, such as most recently seen in Syria.

The U.N. can't arbitrarily impose its will on the internet and given the very clear opposition of the U.S., which effectively controls the net now, it would seem that the ITU's plan is dead in the water. I'm sure it's not the last we'll hear of it, or of some other plan to democratize digital communications across the international community, but for now, at least, the internet that we know and love is saved once again.