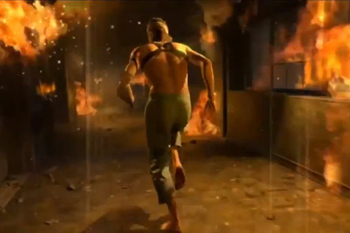 The debut game from Moby Dick Studio is creepy, violent, and mysterious.

The first video game announcement to come out of this evening's Video Game Awards isn't a sequel; it's a new title from the Swedish developer Moby Dick Studio called The Phantom Pain. The trailer begins in a hospital, where the player, in first person, awakens from a coma, and things quickly get weird from there.

The early part of the video, with the eerie figures creeping around the hospital, is reminiscent of Silent Hill, but before long people are getting shot, things are on fire, and all hell breaks loose. "Have I gone to hell?" the voiceover asks.

Or maybe this is an elaborate tease for the next Metal Gear game. We'll keep you posted.