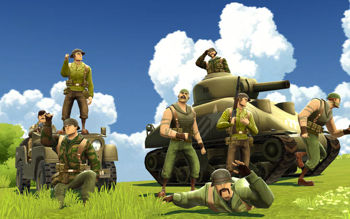 Regardless of how gamers feel about EA's Origin storefront, it's clear that the company is putting all its PC eggs in one basket for the foreseeable future. In the latest move to make Origin the one-stop-shop for all EA titles on PC, the publisher's Play4Free hub is being fully merged with Origin.

The decision to merge the two game launching apps was likely an easy one; Origin can easily function as a portal for all of EA's Play4Free titles, so the need for a separate hub was largely redundant. The official Play4Free website now simply redirects to Origin's free-to-play game directory where titles like Need for Speed World and Battlefield Heroes now reside.

"Other than a new destination URL, nothing about the games has changed," reads the official EA statement on the change. "These are still the premium quality games that are free to download and play, where you control when you want to pay and how much."