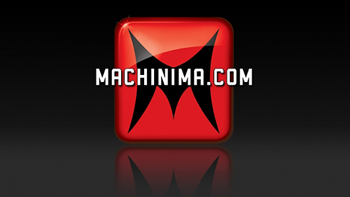 Machinima.com, a Youtube channel with a focus on gaming and geek culture media, laid off 23 of its 200 employees today. Speaking with Joystiq, Editor-in-Chief Rob Smith confirmed this, stating that those laid off were from the programming and production departments. Calling the firings "growing pains," Smith stated, "Machinima has grown a lot in a short amount of time. We had to look at the business, look at where we're focusing."

I just found out I am no longer employed. Should probably update that LinkedIn profile.— Billy Shibley (@BillyShibley) December 14, 2012

Effective immediately I am no longer at Machinima. Would love to send an official email with my contact info but they took my computer.— Justin Fassino (@Justegarde) December 14, 2012

Though the channel's editorial department was hit, Rob Smith assured Joystiq that "we are still doing editorial coverage in a slightly different way." He also mentioned that Machinima.com currently has fifteen open positions. Though that's probably no consolation to the 23 who just lost their jobs, here's hoping they land on their feet quickly.

Update: Joystiq has an official statment from Machinima: "Today Machinima underwent a reorganization to address its global growth, and this process unfortunately resulted in layoffs. Less than 10% of Machinima's workforce was affected. Also as part of the restructure Machinima is hiring across key divisions including Sales, Marketing and Product."