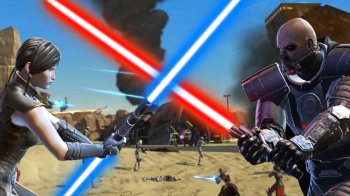 "Our objective re-ranking process ensures the NASDAQ-100 remains a relevant investable index," NASDAQ declares, and one of the stocks no longer relevant to the index is EA's. Electronic Arts has been dropped from the NASDAQ top 100 non-financial companies, effective the morning of December 24th.

The announcement came as part of NASDAQ's annual re-balancing of its top 100 list, which happens at this time each year. Not unlike Santa, the financial exchange prefers to have its good list in place for Christmas. "The securities being added to the NASDAQ-100 Index," said the official NASDAQ announcement, "will join Facebook, Costco, Apple, Google and other household names that are leading the new economy forward." Rather than leading the new economy forward, EA has instead seen its stock price dip 40% as of June 2012.

The NASDAQ top 100 is an index of 100 of the biggest non-financial listed companies, and - unlike some other indexes - does include companies incorporated outside the United States. The point of the top 100 ranking is to indicate to investors which of the companies on the exchange are the top dogs, and presumably therefore the soundest investment.

Though NASDAQ didn't go through its reasoning, the likelihood is that the developer's recent efforts haven't been as forward-looking as the markets would like. What with Warfighter potentially ending the Medal of Honor franchise, the Star Wars MMO launching on a subscription basis to great fanfare only to go free to play, and troubles at subsidiary PopCap, which saw Plants vs Zombies creator George Fan lose his job, you can see why financial analysts might be wary of EA right now.