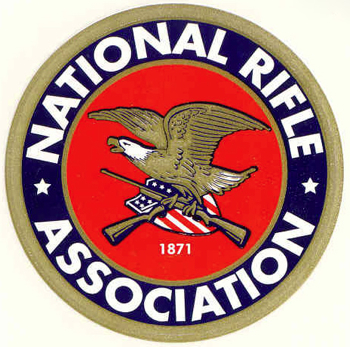 The NRA wages war on interactive entertainment while citing titles such as Mortal Kombat.

In its first official statement since the recent shooting in Connecticut, the National Rifle Association predictably diverted any talk of additional gun restrictions in favor of citing the rest of society's ills. And, in a time of crisis, what better scapegoat than the videogame industry to take people's minds off of real, actual guns and make them instead focus on fake, virtual guns?

"And here's another dirty little truth that the media try their best to conceal: There exists in this country a callous, corrupt and corrupting shadow industry that sells, and sows, violence against its own people," the organization claims. "Through vicious, violent video games with names like Bulletstorm, Grand Theft Auto, Mortal Kombat and Splatterhouse."

Then, after spending some time bashing the movie industry for films like American Psycho and Natural Born Killers, the statement takes a slightly more accusatory tone. "But is that what it really is?" NRA Vice President, Wayne LaPierre asks of violent media. "Isn't fantasizing about killing people as a way to get your kicks really the filthiest form of pornography?"

Well, that's certainly an interesting way of putting it.

LaPierre goes on to insist that guns in the hands of "good guys" are a saving grace, and that gun-free zones are simply red flags for mass murderers who use them as killing floors, knowing that they can inflict the most damage against unarmed citizens.

This particular debate is, of course, far from over, and responsible gun owners will continue to struggle to find a voice between the two extremes. But in the end, it's up to you to decide whether attacks on interactive entertainment deserve a larger platform than arguably more important issues such as mental health.

Video Games Features: Video Games and Your Privacy: Who's Playing Whom? JoeNewman 7 Comments
Comments on