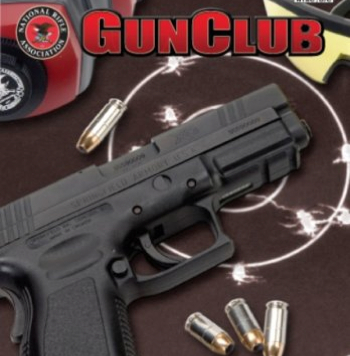 The National Rifle Association isn't entirely removed from the world of video games.

With the National Rifle Association burning the videogame industry at the stake earlier today, it's going to be a tense few days in gaming forums across the web. But rather than taking an "us vs. them" approach to the issue of whether violent videogames cause violence in players, let's take some time to brainstorm what an NRA videogame would actually look like.

What's that? No... it can't be. You mean the NRA already slapped its name on a videogame? A videogame where you shoot guns!?

Yes. Check your calendar to confirm today is not April Fools' Day, because it's true. The game is NRA Gun Club for the PlayStation 2.

Developed by Crave, NRA Gun Club is a first-person shooter - yes, the most regularly-cited category of games that cause people to commit murder. But rather than dispatching masked foes or terrorists, you wield "over 100 true-to-life firearms" at various non-living targets such as metal cans and clay pigeons. 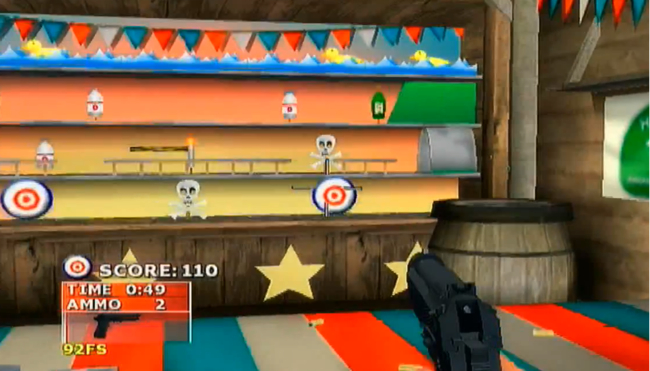 By all accounts, the game itself is terrible, with user reviews citing horrible controls, graphics, and audio. However, to the NRA's credit, the title appears to fall in line with the organization's oft-cited values: It's impossible to shoot anyone, and the scariest target you'll set your crosshairs on is a metal target shaped like a skull and crossbones.

So if today's NRA statement likening violent videogames to "the filthiest form of pornography" made you wonder just how the organization would handle digital entertainment, now you have your answer.

Gallery of the Day: 8 Ways to Mod Your New PlayStation 4 DrStrangelove 8 Comments