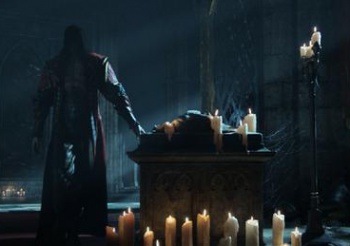 If you've got to deliver bad news, sometimes the best way is to do is as quickly as possible, like tearing off a Band-Aid. When one hopeful fan contacted Konami to ask if Castlevania: Lords of Shadow 2 would make its way to the Wii U, the response he got was both terse and definitive: "no chance." Whatever other features the vampire-hunting sequel may boast, playing on Nintendo's unusual new console is not one of them.

Daniel Wayne, a web designer, contacted Konami via Twitter a few days ago about the matter. "Will the Wii U get some LOS 2 love?" he inquired, adding a #pleasesayyes hashtag for his desired response.

Dave Cox, the producer for the Lords of Shadow series, replied with a simple, "Sorry to disappoint you but no chance." Cox did not provide any further explanation, and further responses on Twitter have been fairly quiet. One commenter did call this action "unreasonable," but there's been little else in the way of either backlash or agreement.

Considering that Castlevania: Mirror of Fate is still on track for a 3DS-exclusive release, Nintendo fans probably needn't worry that Konami is abandoning the franchise's roots. That said, if any Wii U owners want to experience Lords of Shadow 2 later this year, they should start saving up for an Xbox 360, PS3, or decent PC. These days, they're not too expensive.