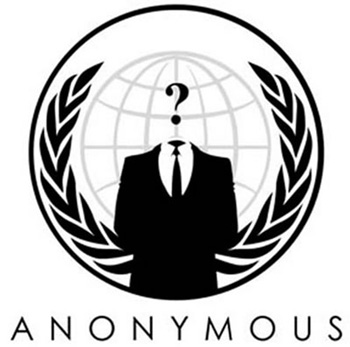 The good folks of Anonymous want the U.S. government to declare DDoS attacks a constitutionally-protected form of protest.

Distributed denial-of-service attacks are kind of a hallmark of Anonymous. The group - and yes, I realize it's more of an amorphous mob of whoever feels like getting up to hijinks at any particular moment - decides that it's really mad about something, issues the standard "We Are Legion" boilerplate and then blammo, somebody rolls out the Low Orbit Ion Cannon. Aggravation abounds.

It's illegal, naturally, but some sharp thinkers are trying to change that through a petition filed on the official White House web site. "With the advance in internet technology, comes new grounds for protesting. Distributed denial-of-service (DDoS), is not any form of hacking in any way. It is the equivalent of repeatedly hitting the refresh button on a webpage," the petition, entitled "Make distributed denial-of-service (DDoS) a legal form of protesting," states.

"It is, in that way, no different than any 'occupy' protest," it continues. "Instead of a group of people standing outside a building to occupy the area, they are having their computer occupy a website to slow (or deny) service of that particular website for a short time." The petition also calls for the release of people who have been jailed for launching DDoS attacks.

It's a silly idea with no hope of success, but it does actually have some grounding in legitimacy. The First Amendment declares, among other things, that Congress shall make no law abridging the right of the people "peaceably to assemble, and to petition the government for a redress of grievances," which according to the Illinois First Amendment Center expressly provides the right of the public "to march, protest, demonstrate, carry signs and otherwise express their views in a nonviolent way." That, the petition contends, is exactly what Anonymous is doing with its DDoS attacks.

The DDoS petition is seeking 25,000 signatures by February 6, but even if it manages to collect them - and it's still well short of the first thousand at this point - it will almost certainly be ignored by the U.S. government. Even so it's an interesting idea, wouldn't you say?

Source: The White House, via GamePolitics