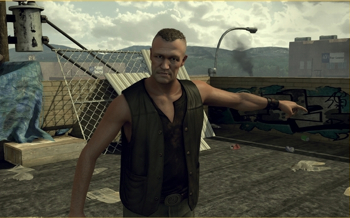 The first-person Walking Dead adventure is headed to a new platform.

If you haven't been burnt out on zombie-slaying while playing ZombiU or Telltale's Walking Dead episodic adventure, you might be looking forward to Terminal Reality's first-person take on The Walking Dead storyline. Well, it seems that The Walking Dead: Survival Instict has infected a new console, as it will be coming out for not only the Xbox 360, PS3, and PC, but also Nintendo's new Wii U.

Survival Instinct made headlines last week when a fan-made trailer hit the web. The immediate reaction to the teaser wasn't pleasant, as the game appeared rough to say the least. Terminal Reality eventually confirmed that the trailer was unofficial, and it used old footage of the game from early in its development.

The title doesn't have an official U.S. release date, but Digital Spy has learned that the game is scheduled to debut on March 29, 2013 in Europe. We imagine the stateside release won't shamble too far from its European counterpart, but for now we'll just have to wait and see.